Michael G. Thorne is a wheat farmer and owner and manager of the Thorne family farm in Pendleton, Oregon. From 1973 to 1991, he served in the Oregon State Senate, where he chaired the Ways and Means Committee. From 1991 to 2001, Mr. Thorne was executive director of the Port of Portland, a regional port authority responsible for ownership and management of marine terminals, airports and business parks located in Portland, Oregon. From 2002 to 2004, he was director and chief executive officer of the Washington State Ferry System in Seattle, Washington.

Mr. Thorne is a member of the Board of SOAR Oregon, a non-profit organization created to promote and help develop the unmanned aerial vehicle (UAV) industry in Oregon.  He is a former member of the Pendleton Airport Commission, the Pendleton Round-up Association Board of Directors and the Board of Directors for the StanCorp Financial Group (Portland, Oregon). He also previously served on the boards of the Oregon Health and Science University, Willamette Industries, and the Benjamin Franklin Federal Savings and Loan Association. 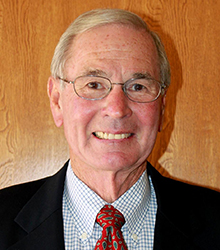