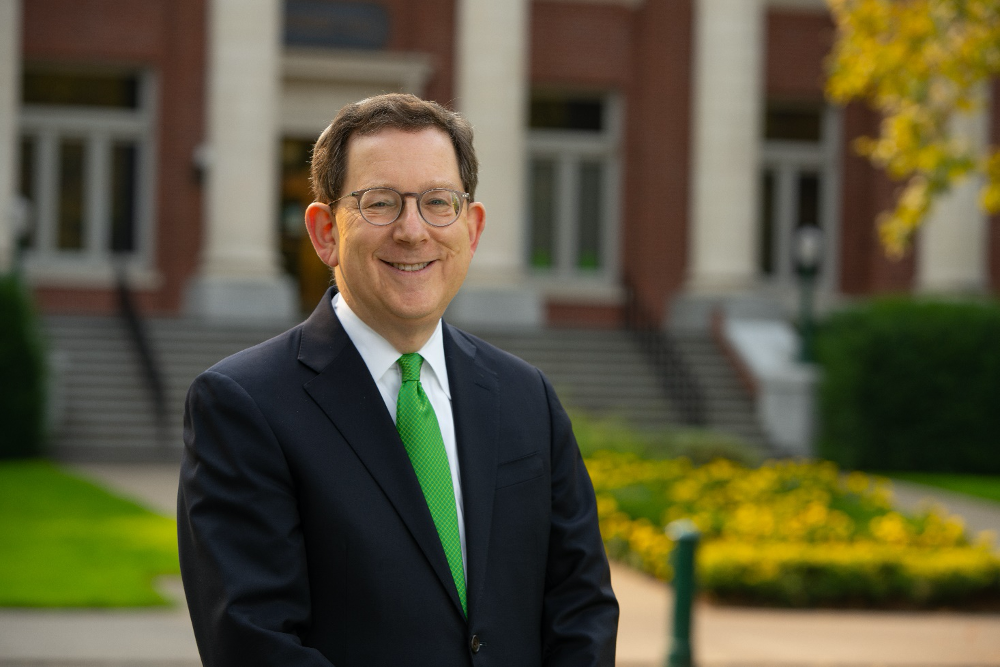 President of the University of Oregon

Michael H. Schill is the 18th president of the University of Oregon (UO). He also holds a tenured faculty appointment in the UO law school. As president, he has launched a series of initiatives to advance the university’s priorities of enhancing academic and research excellence, supporting student access and success, and improving campus experience and diversity. In 2016, he announced the launch of the Phil and Penny Knight Campus for Accelerating Scientific Discovery, a billion-dollar initiative to transform innovation at the UO which officially opened in 2020. Prior to coming to the UO, Schill was the dean of the University of Chicago Law School. He also served as dean of the University of California, Los Angeles School of Law, and was a law professor at both New York University and the University of Pennsylvania. Schill graduated from Princeton with a degree in public policy and earned his juris doctorate from the Yale Law School.