A separate presidential search firm selection committee was convened to recommend an executive search firm to assist the board’s recruitment and review of candidates for president. The committee was chaired by Trustee Preston Pulliams. Pulliams is the president of Gold Hill Associates, a community college president search firm. After considering written materials submitted in response to a public request for proposals, the committee interviewed search firms and conducted reference checks on the finalists. The committee unanimously recommended use of the firm Isaacson, Miller, and the board chair approved this recommendation.

Isaacson, Miller is a national executive search firm devoted to recruiting exceptional leaders for mission-driven organizations. Our founders created the firm in 1982, a time when civic institutions rarely used executive search firms. The firm has grown steadily, and today, Isaacson, Miller stands alone as a large, national, retained search firm dedicated to the full range of public and civic missions. We have active practices in higher education, science and social science research, human services, conservation and environmental defense, human and civil rights advocacy, K-12 education, academic and community healthcare, philanthropy, arts and culture, and community-based economic development, with sub-specialties in almost every functional area. Many of our clients and past candidates become part of an extended network that shares our goal of strengthening the civic infrastructure. They see their own missions reflected in the work of the firm and choose to assist us, generously, in our quest for the finest talent in their fields. The country’s civic community has come to recognize our persistent commitment to recruiting diverse talent. Since we were founded, 42% of our placements have been women, and 23% have been people of color, with a total of 54% diversity hires. Isaacson, Miller is a mission-driven business committed to the recruitment of powerful civic leaders who raise our own and our clients’ competitive aspirations. We believe that civic organizations are essential to a strong civil society, a vigorous democracy, and to a free market economy. Civic institutions educate us all. They encourage the marketplace of ideas through research, teaching, and advocacy. They inspire innovation, and, through foundations and philanthropy, they arouse the charitable endeavors of private citizens. The civic sector serves as the guardian of our economic and societal strength. We have made its success our business.

Nominations of potential candidates can be sent to OSUPresident@imsearch.com. 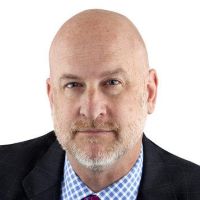 David Bellshaw joined Isaacson, Miller in 1992, in Boston and founded the firm’s office in San Francisco in 2003. Since its inception, Isaacson, Miller’s presence and impact in the Western United States and Hawai’i has grown significantly with the current team of twenty supporting a full array of mission driven organizations and institutions which encompass public and private universities and liberal arts colleges; health sciences entities and academic medical centers; foundations; education reform organizations; research institutes; economic and community development; and environmental and advocacy organizations. David has deep experience recruiting for the most senior leadership roles in all of the firm’s practice areas, including chief executive officers - presidents, chancellors, and executive directors; chief academic officers - provosts, deans, and chairs; and chief functional officers. David began his career in search with a major international corporate retained firm. David is an active leader within Isaacson, Miller, most particularly leading the west coast practice and serving as a member of firm’s Executive Committee. He holds a BS in business administration from the University of California, Berkeley and an MBA from the University of California, Davis. 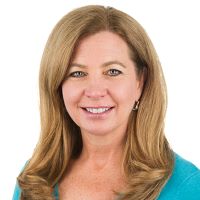 As a leader in our San Francisco office, Julie Filizetti focuses primarily on higher education leadership roles in public and private institutions, including presidents, provosts, vice presidents, deans, and directors. She also conducts searches in a range of areas, including academic medicine, training and development, advancement, research, and technology. Since coming to Isaacson, Miller in 2007, she has developed strong relationships with many clients who turn to Julie for her ability to adapt to an organization's needs and grow their leadership capacity. Prior to transitioning to the search world, she served as the associate provost for academic affairs at the Naval Postgraduate School in Monterey and as a fellow of the American Council on Education, the nation's premier higher education leadership development program. She also spent 12 years as a naval officer, rising to the rank of lieutenant commander. Julie is a member of the Willamette University Board of Trustees and has served on advisory boards for Villanova University, Santa Clara University, and the University of Pennsylvania Graduate School of Education. She is a Menlo College Trustee Emeritus and chaired the board from 2010-2014. A graduate of Leadership California and Leadership Monterey Peninsula, she is a frequent speaker on how to best prepare for the search process. She holds an EdD in higher education management from the University of Pennsylvania and is a graduate of Villanova University and the Naval Postgraduate School. 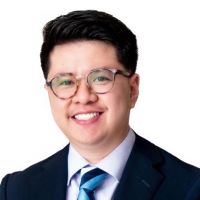 Phuong Ta joined Isaacson, Miller as an Associate in 2019. Previously, Phuong worked at the Posse Foundation, a non-profit that awards full-tuition leadership scholarships to predominantly low-income, first-generation college students. There, he partnered with school districts and non-profits in the Greater Houston area, recruited and supported Posse Scholars at UT Austin and Bryn Mawr College, specializing in leadership development training and crosscultural facilitation. Prior to joining the firm, Phuong co-founded the Resilient 1st Gen group at Stanford Graduate School of Education, where he earned his MA in Policy, Organization, and Leadership Studies. Phuong also holds a BA in American Studies from Tufts University. 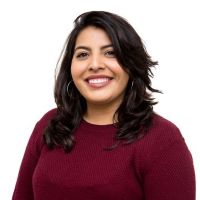 Katheryne Martínez joined Isaacson, Miller in 2021. Prior to joining the firm, she worked for La Vida Scholars, a nonprofit college access program in Lynn, MA. There she centered building relationships with families as well as institutions in order to increase admissions. By doing so she aimed to minimize the overall debt for families while diversifying the student body of universities. Katheryne has dedicated most of her career to supporting first generation, low income, marginalized communities find their way to and through college. She attended Los Angeles Valley College and transferred to UC Berkeley. After graduating, she worked as a College Adviser at San Lorenzo High School, which then led her to pursue her EdM in Education Policy and Management at the Harvard Graduate School of Education (HGSE). During graduate school, Katheryne was a policy intern for the New England Board of Higher Education. Over the course of her time she has worked with universities and students across the country and is passionate about education access & equity.

Katie Pusecker Kilcawley joined Isaacson, Miller in 2014 as a Search Coordinator. She provides logistical support to clients throughout the search process and facilitates the work of search teams. Prior to joining the firm, Katie worked in project management, event planning, and food and beverage operations in the hospitality industry for the Army in Germany, Korea, and Hawaii. Katie holds a BS in hotel, restaurant, and institutional management from the University of Delaware.

Angela Finocchiaro joined Isaacson, Miller in 2018 in the firm's San Francisco office. She provides logistical support to clients throughout the search process and facilitates the work of search teams. Prior to joining the firm, Angela worked as an Administrative Assistant to an investment team at a Private Equity firm. Angela holds a BS in Economics and a minor in Business Administration from the University of Oregon.