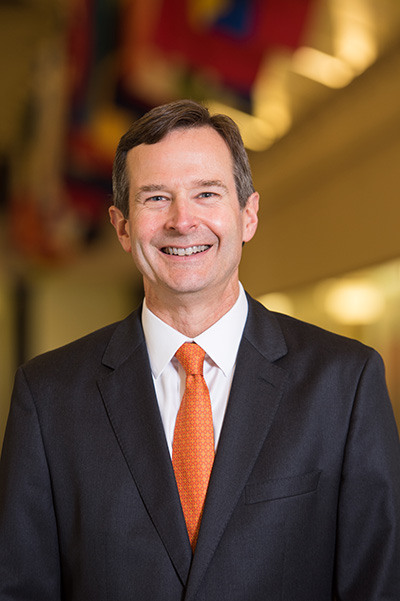 Scott Ashford is Kearney Dean of the College of Engineering. He brings experience in both higher education and industry to this leadership position. After graduating from Oregon State with a degree in civil engineering, he worked in private industry for seven years — mostly with CH2M HILL — and then earned his Ph.D. from the University of California at Berkeley. He started his academic career at the Asian Institute of Technology in Thailand and subsequently moved to the University of California, San Diego, earning the rank of Professor. In 2007, he became head of the School of Civil and Construction Engineering at Oregon State, where he focused on building a graduate program that enhances undergraduate education. He had previously served as the college's interim dean.