Jax Richards was born and raised in Oregon and graduated from Southridge High School in Beaverton, with an international baccalaureate diploma in 2019. He is currently an undergraduate student at the Oregon State Honors College, quadruple majoring in Economics, Public Policy, Political Science, and Communications. Mr. Richards has also previously participated in undergraduate research at OSU. During his time at OSU, Mr. Richards has been continuously active within the university as well as the greater Oregon community. He’s been a member of the OSU Equity-Centered Community Design Advocacy Board, worked with the Oregon State Presidential Student Legislative Advocates, and led TEDxOregonStateU events. During the COVID-19 Vaccine rollout, Mr. Richards also volunteered at the OSU Reser Vaccine Clinic.

As a child of a single-mother household with a father facing incarceration and drug addiction, welfare and educational opportunities for Oregon youth are central to Mr. Richards’ regular advocacy. During his freshman year, Mr. Richards founded a 501(c)(3) nonprofit focused on advocating abuse survivor voices and has since continued working within this community. He worked for Jackson Street Youth Services as a youth advocate, in the Oregon Senate as a policy aide, and still serves as a member of Trauma-Informed Care Oregon’s Board. Mr. Richards knows it can be daunting to include every voice and perspective in a community as large as Oregon State. He understands that he cannot relate to many lived experiences and strives every day to ensure student voices are included and appropriately represented in his advocacy. As a trustee, Mr. Richards loves regularly engaging with everyone. From the ASOSU administration and Cultural Centers to student worker populations across campuses to professors and their spectrum of degree programs, he hopes to be the best advocate possible for all people at Oregon State.

For his efforts, Mr. Richards was a recipient of the OSU Dean’s Award of Service and several other accolades. He has continued to advocate for at-risk youth and students on the local, state, and national levels. Even internationally, since he was an exchange student and attended the United Nation’s Climate Change Conference, COP26. 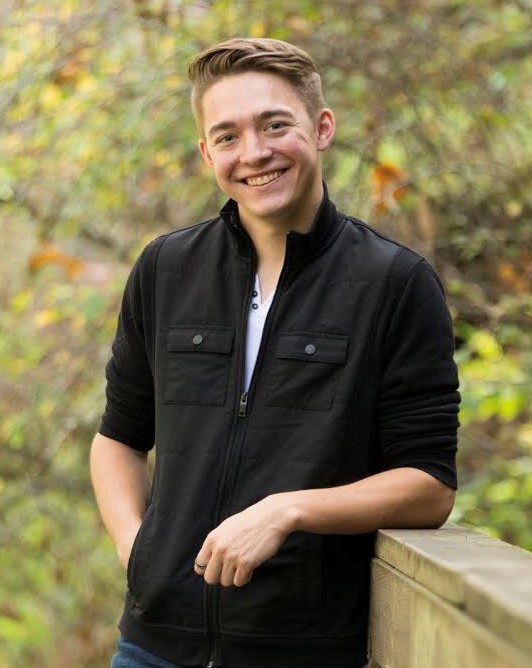