In 2016, Kirk Schueler returned to Brooks Resources Corporation, a Bend-based real estate development firm, as chief executive officer and president. Prior to that role, Schueler served as founder and president of Schueler Consulting Services, LLC. Schueler also served as chief administrative officer and executive vice president for the St. Charles Health System in Bend, Oregon, 2011 through 2013. From 2000 to 2011, he was president of Brooks Resources Corporation and, while there, he led the company’s efforts in planning and implementing various real estate projects including NorthWest Crossing and North Rim in Bend, IronHorse in Prineville, and Yarrow in Madras. From 1996 to 2000, Mr. Schueler served as chief financial officer of Brooks Resources, and, from 1993 to 1996, as corporate controller. From 1987 to 1993, Mr. Schueler was an audit manager with KPMG Peat Marwick in Portland and in San José, California.

Mr. Schueler was appointed to the State Board of Higher Education in 2009, his term expired in 2014. In addition, he currently serves on the boards of Brooks Resources Corporation, the Bend Foundation, and Mt. Bachelor Sports Education Foundation.

Mr. Schueler and his wife Rochelle have three children. 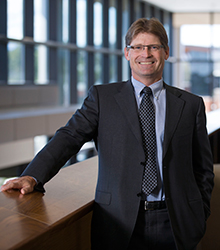