2019-20 marks the fourth season for Lamar Hurd as Portland Trail Blazers Television Analyst. He provides basketball analysis and insight on all Trail Blazers broadcasts and across social media channels. He also joins game-day segments on the Toyota Pregame Show and makes appearances on Trail Blazers Courtside on Monday nights. Hurd came to the Trail Blazers from the Pac-12 Network, where he was a college basketball analyst for four years. In 2014, he began broadcasting games for ESPN as well. From 2008-11, Hurd served as a primary college basketball analyst for Fox Sports Northwest and Root Sports. With these networks, he provided commentary and basketball insight for their studio show, College Hoops Northwest, and also live broadcasts at Pac-12 men’s basketball games. From 2007-2009, Lamar served as the Director of Basketball at The Hoop in Beaverton, and from 2009-2012 he co-owned All In One Basketball, a sport recreation program that focuses on the needs of all youth and families placing emphasis on both developing basketball skills and citizenship.

Mr. Hurd earned his BS in Communications from Oregon State University in 2006 where he was the starting point guard for Oregon State from 2002-06, received All Pac-10 Honors, shared the team’s MVP award, and was named to the Pac-10 All Academic first team. In 2006, Lamar won the Pac-10 medal, which is awarded annually to only one male and female student-athlete at each of the conference’s institutions who best exemplifies excellence on and off the playing field. He played professional basketball in Germany from 2006-07, but returned to the United States in order to share his love of the game with local kids. In 2012, he founded a non-profit youth organization called The Other Side of Basketball, a program that uses the influence of basketball to positively impact lives through integrity, honesty and discipline. 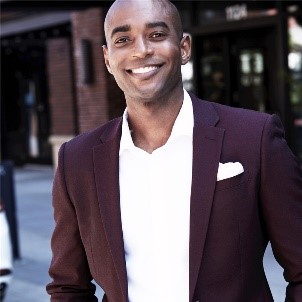