In addition to his experience in community college administration, Dr. Pulliams has taught at the graduate and undergraduate level and for several years at a junior high school in Michigan. Dr. Pulliams has done extensive research and writing on student achievement, minority student success, counseling at the community college level, and establishing effective working relationships between boards and college presidents.

Dr. Pulliams is a community college graduate, having earned his A.S. in Science from Muskegon Community College. He received a B.S. in Social Science from Michigan State University, an M.A. in Counseling and Personnel from Western Michigan University, and an Ed.D. in Educational Administration from the University of Michigan. 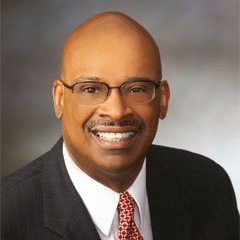