Note: The information contained on this page is not comprehensive and is intended only to provide an overview of the building names and namesakes under consideration. 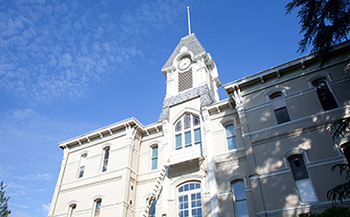 Upon its construction in 1887-1888, the building now known as Benton Hall housed the university's administrative offices, classes, labs and the president's office. In 1947, the State Board of Higher Education approved the name change to Benton Hall to honor the Benton County residents who originally raised the money for its construction. Today Benton Hall houses the College of Liberal Arts' music program. It is located at 1650 S.W. Pioneer Place.

Benton Annex was constructed in 1892, known as the Station Building. It housed the administrative offices and chemistry lab of the Agricultural Experiment Station. From about 1902 to 1972, it served a variety of purposes, including the bookstore, the student health center, and as a paleontology lab. About 1972 it was renamed Benton Annex. The Women’s Center has been located in the building since 1973. It is located at 1700 S.W. Pioneer Place.

Benton County was created on December 23, 1847, by an act of Oregon’s Provisional Government. The county was created out of lands originally inhabited by the Kalapuya people and used by the Klickitat people as hunting grounds. Its original boundaries extended to the California border on the south, the Pacific Ocean on the west, the Polk County line on the north, and the middle of the Willamette River on the east. It was reduced in size during the second half of the 19th century, and reached its present size in 1893 with the establishment of Lincoln County. There are seven states, including Oregon, with counties named after Benton. 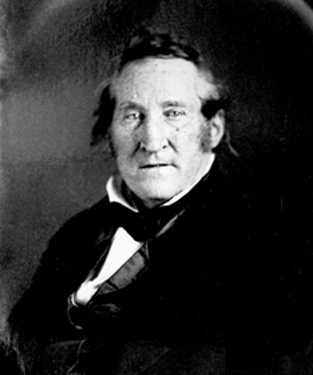 Thomas Hart Benton (1782-1858) was born in Harts Mill, North Carolina. Benton was a U.S. senator from Missouri who served in the chamber from 1821 to 1851. He was a supporter of westward expansion, especially settlement in the Oregon Territory.

The primary reasons for evaluating the name of Benton Hall include Thomas Hart Benton's advocacy for westward expansionist policies and his belief in the supremacy of the white race.

The OSU Special Collections & Archives Research Center (SCARC), home to the university’s unique collections of manuscripts, archives, photographs, digital records and books. Included within SCARC collections is documentation of the campus buildings as well as biographical information regarding building namesakes. For more information see the OSU Buildings History - SCARC Archival Resources - Benton Hall and Annex online guide. While some materials are available online, the majority are only accessible by an in-person visit to conduct research in SCARC, located in the Valley Library, room 5069.

A team of scholars, consisting of both OSU faculty and an external scholar, is assessing available primary sources and secondary sources regarding the lives and legacies of Benjamin Arnold, Joseph Avery, Thomas Hart Benton and A.T. "Slats" Gill.

The historical report for Thomas Hart Benton and Benton Hall and Annex is available here.

Whether or not renaming is recommended, the historical information gathered will be used to create ongoing community education and engagement opportunities as recommended by the Building and Place Name Evaluation Workgroup and Architectural Naming Committee.