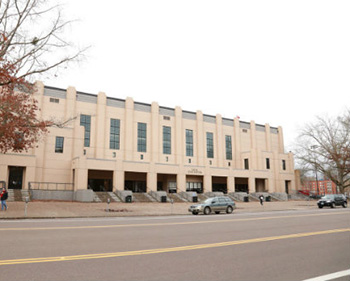 Gill Coliseum is Oregon State University’s athletic facility for basketball, volleyball, gymnastics and wrestling teams. It opened in 1949; at that time it was the largest building in the state with no internal structural supports to hinder spectator views. The building has housed many of OSU’s athletics administration offices, served as OSU’s venue for commencement ceremonies from 1950 to 2000, and has hosted many special events such as lectures and concerts. In 1966, it was named for longtime OSU basketball coach Amory T. “Slats” Gill. Prior to 1966, it had been informally known as Gill Coliseum. It is located at 660 S.W. 26th Street. 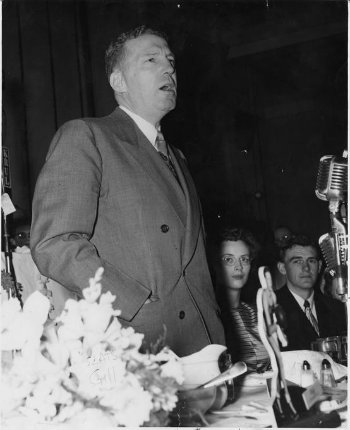 The primary reason for evaluating the name of Gill Coliseum is the claim that Amory T. Gill resisted racial integration of the OSU men's basketball team.

The OSU Special Collections & Archives Research Center (SCARC), home to the university’s unique collections of manuscripts, archives, photographs, digital records and books. Included within SCARC collections is documentation of the campus buildings as well as biographical information regarding building namesakes. For more information see the OSU Buildings History - SCARC Archival Resources - Gill Coliseum online guide. While some materials are available online, the majority are only accessible by an in-person visit to conduct research in SCARC, located in the Valley Library, room 5069.

A team of scholars, consisting of both OSU faculty and an external scholar, is assessing available primary sources and secondary sources regarding the lives and legacies of Benjamin Arnold, Joseph Avery, Thomas Hart Benton and A.T. "Slats" Gill.

The historical report for A.T. "Slats" Gill and Gill Coliseum is available here.

Whether or not renaming is recommended, the historical information gathered will be used to create ongoing community education and engagement opportunities as recommended by the Building and Place Name Evaluation Workgroup and Architectural Naming Committee.